Why Join Our Surveying and Spatial Team

Spiire provide some of the best opportunities to learn and progress in the Surveying industry due to our scale, our depth of talent, our integration with other disciplines and our culture of continual learning and professional development.

Spiire Associate, Lyall Timms, who is based in our Geelong office, recently achieved his Licensed Surveyor status in June 2021.

Originally from Bendigo, Lyall came to Melbourne to study Surveying at RMIT in 2007 and became a student in our Melbourne office. Wanting to head back to the regions after attaining his degree, Lyall took a position in our Geelong office as a Graduate on his path to become a licensed surveyor.

‘Working as a student in the Melbourne office, I got to know many of the licensed surveyors in the business’ says Lyall. ‘After moving to Geelong, Terry became my supervising surveyor and would come to visit me in Geelong every few weeks’.

‘The last seven years with Terry have been awesome. I’ll admit I have called him after hours a fair few times but he’s always been there to help. He is a true mentor – he has come on this journey with me.’

‘There is an old saying –‘ says Terry. ‘To teach is to learn and that is very true. I love teaching and I love watching people grow.

‘Lyall has worked hard. He has learned from some failures early on, but it’s a good story from there. He’s picked himself up and given it a red hot go. We’ve had some fun.’

When asked about how Lyall feels now that it’s all over Lyall says ‘Its 10 out of 10… After seven years, it’s massive thing to get to the end of, but Terry has helped keep me focussed.

‘It’s a huge career step coming to Spiire. There are some big opportunities for surveyors who come on. To get through your PTA [Professional Training Agreement] and then to manage and be a survey lead on a project, a large project, that’s a great opportunity to step up, whilst having all the support in the background.

‘The other thing is structure of the program; we have five days study leave per year and are actively encouraged to engage with the industry by attending developmental seminars and workshops and there are also financial incentives’.

Of the opportunities Spiire offers, Terry says ‘we currently have eight licensed surveyors who are providing sponsorship and mentoring to our younger staff. Lyall has had access to so many of us who have been actively working with him, and he has had the opportunity to learn a combination of skills from a variety of people.

‘So many other surveyors don’t get this journey which is a shame as it has such a huge bearing on how their career will turn out.’

Lyall says ‘I’ll always be able to call Terry for advice or to discuss any project related issues.  Terry is just as excited about me achieving my license as what I am!’

‘I’m just very happy for Lyall’ says Terry. ‘And look forward to getting together for dinner once lock down ends’.

To learn more about the opportunities that exist for your career progression at Spiire click here. 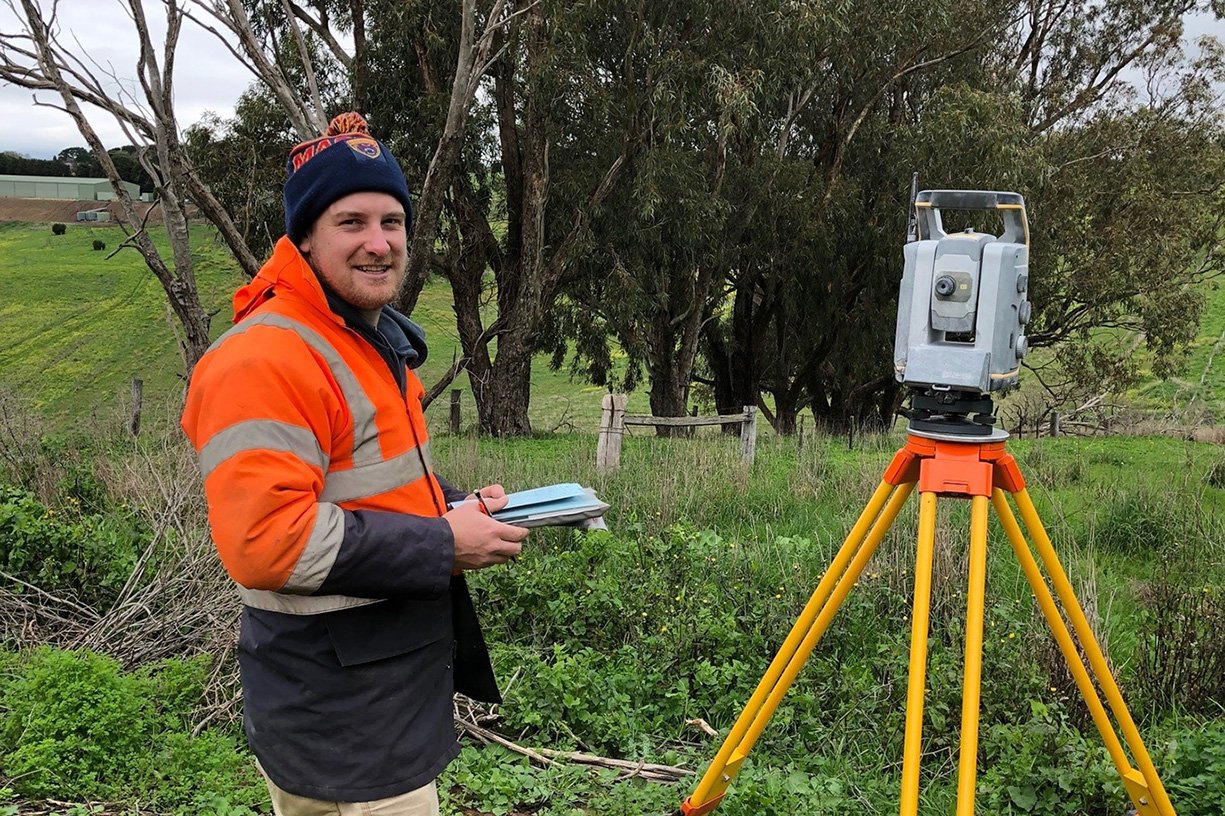 To learn more about our Surveying and Spatial team click here.